This event has been postponed. Once it is rescheduled, we will communicate all details. 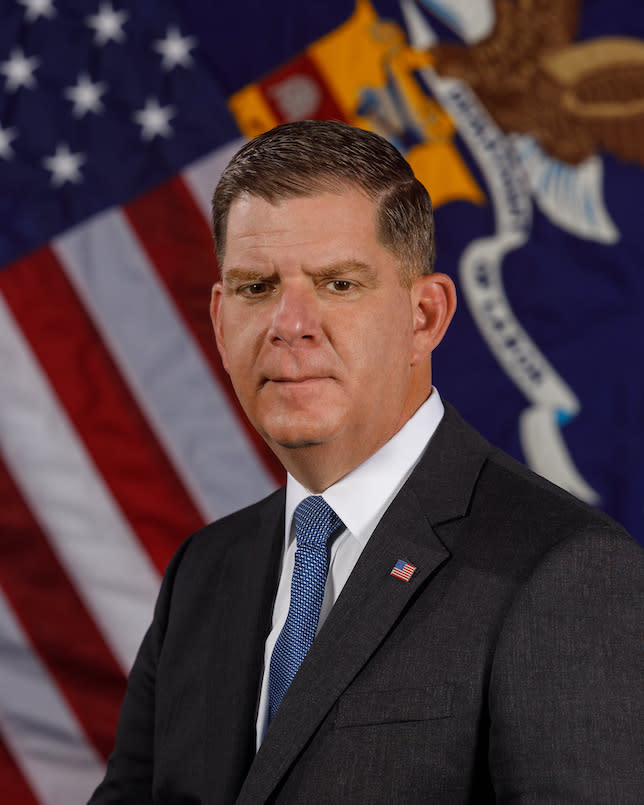 The Forum Club of the Palm Beaches will present U.S. Secretary of Labor Martin J. Walsh on Tuesday, September 27, at Noon at the Kravis Center for the Performing Arts.

Walsh was sworn in as the 29th Secretary of Labor on March 23, 2021. A lifelong champion of equity and fairness, and a proud product of the City of Boston, Secretary Walsh leads the U.S. Department of Labor with a strong connection to working people, and a commitment to creating an economy that works for all.

In 1997, he was elected to serve as a State Representative for one of the most diverse districts in Massachusetts. There, he focused on creating good jobs, protecting workers' rights, expanding mental health treatment, and investing in public transit.

Following his time as a State Representative, Secretary Walsh spent the last seven years as the Mayor of the City of Boston. As Mayor, he led the creation of close to 140,000 jobs and helped secure a statewide $15/hour minimum wage, paid sick leave, and paid parental leave. He established Universal, high-quality Pre-Kindergarten for all children, and free community college for low-income students.

Secretary Walsh was a national leader in the response to COVID-19, getting PPE to first responders and nursing homes; funding emergency childcare for healthcare and frontline workers; halting evictions and providing rental relief; and setting up multiple funds to help small businesses survive. His work early in the pandemic to pause construction and establish safety requirements has been lauded as a model by both unions and employers alike.

As Mayor of Boston, Secretary Walsh also made his mark as a labor leader. After following his father into Laborers Local 223 in Boston, he rose to head the Building and Construction Trades Council from 2011 to 2013. He worked with business and community leaders to promote high-quality development, and he created a program called Building Pathways that has become a model for increasing diversity in the workplace and providing good career opportunities for women and people of color.

Judge Sheree Davis Cunningham is one of Palm Beach County’s most influential elected officials and a trailblazer for women and minorities in the judiciary. Judge Cunningham moved to West Palm Beach in 1985 after attending Howard University School of Law. She was offered a coveted clerkship with The Honorable Paul H. Roney, former Chief Judge of the 11th Circuit Court of Appeals. In 1993, Judge Cunningham was appointed to the 15th Judicial Circuit Court by Governor Lawton Chiles. She was the first black woman to serve as a judge in Palm Beach County and served in this capacity for 26 years until her retirement in 2019.

Judge Cunningham’s passion was making a difference in the domestic violence arena, specifically as it relates to children and ensuring they are not overlooked as victims. Judge Cunningham was also committed to assisting younger lawyers with judicial aspirations, serving annually on a panel entitled “The Road to the Bench.” She was also a volunteer judge for the Civil Drug Court. Judge Cunningham’s commitment to public service beyond the bench is extensive. She has been the recipient of the Thurgood Marshall Awards from the F. Malcolm Cunningham, Sr. Bar Association. She has been recognized as one of Florida’s 25 Most Influential and Prominent Black Women, and she has received the Heritage Leadership Award for Outstanding Community Service. She was also the recipient of the Extraordinary Commitment to Fairness in the Criminal Justice System in 2010.