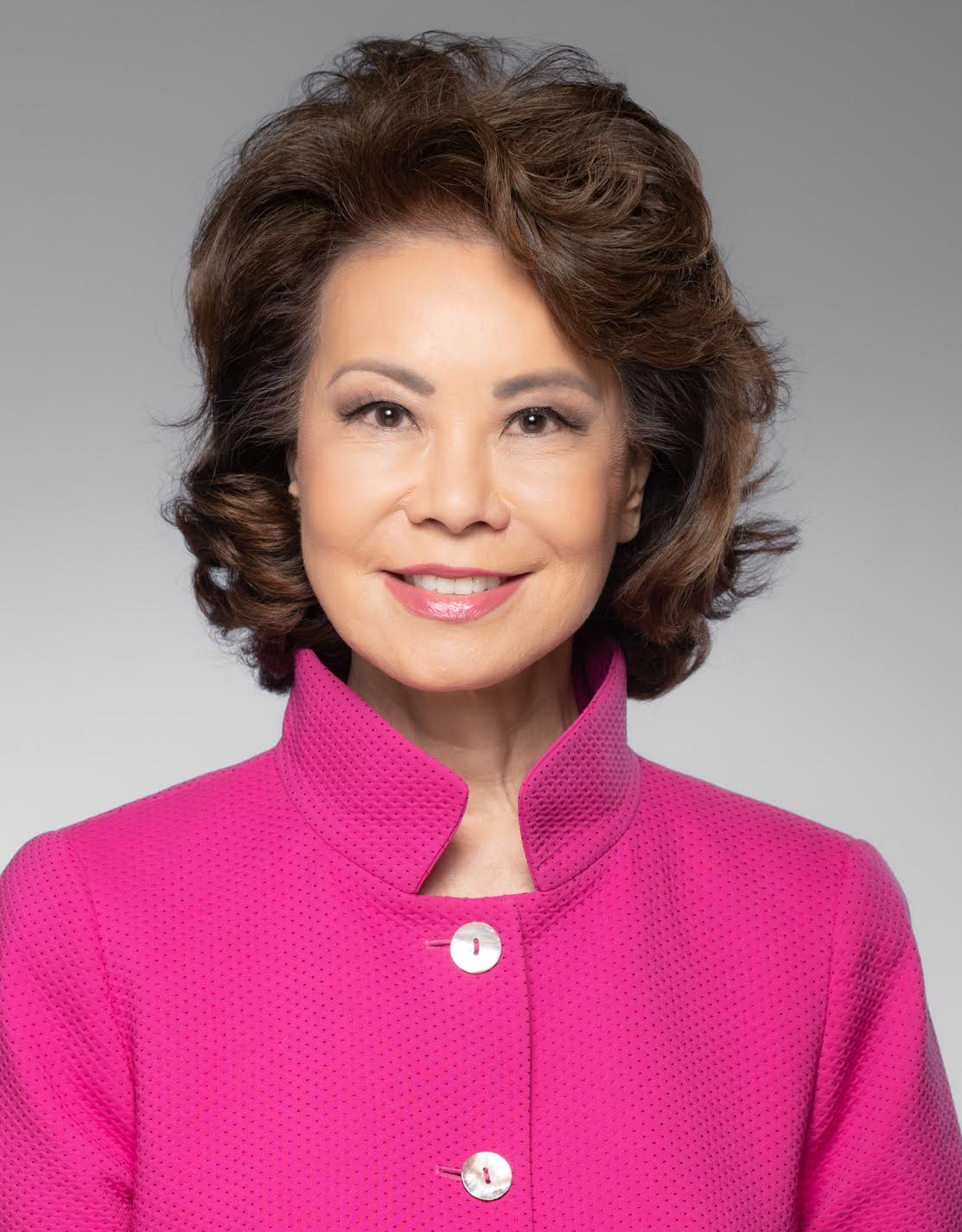 Secretary Chao is an inspiring and consequential leader. When she was unanimously confirmed to her first cabinet post as Secretary of Labor, she became the first woman of Asian American & Pacific Islander heritage to serve in the President’s Cabinet in history.

As Secretary of Labor, Secretary Chao focused on increasing the competitiveness of America’s workforce in a worldwide economy by updating outdated regulations and training programs to empower workers. She set new records for workplace safety and health, compensation, and retirement security.

Chao arrived in the United States in third grade not knowing how to speak English. She received her citizenship at the age of 19. It was her experience transitioning to a new country that motivated her to ensure that everyone has access to the opportunities in our country.

Prior to being U. S. Secretary of Labor, Secretary Chao was President and CEO of United Way of America. She was also Director of the Peace Corps. Secretary Chao began her public service as a White House Fellow. She then served as Deputy Maritime Administrator, U. S. Department of Transportation; Chair of the Federal Maritime Commission; and Deputy Secretary of the U.S. Department of Transportation. She had also worked as a banker in the private sector.

Secretary Chao is an experienced board member having served as director of Fortune 500 companies while out of government. She currently serves on the boards of Kroger and a number of new economy technology companies in the mobility sector. She is also a director on many nonprofit boards, including Harvard Business School Board of Dean’s Advisors, Global Advisory Board and a trustee of Ford’s Theater, Ronald Reagan Foundation, and the Kennedy Center for the Performing Arts.

Secretary Chao earned her M.B.A. from Harvard Business School and is the recipient of 37 honorary degrees.