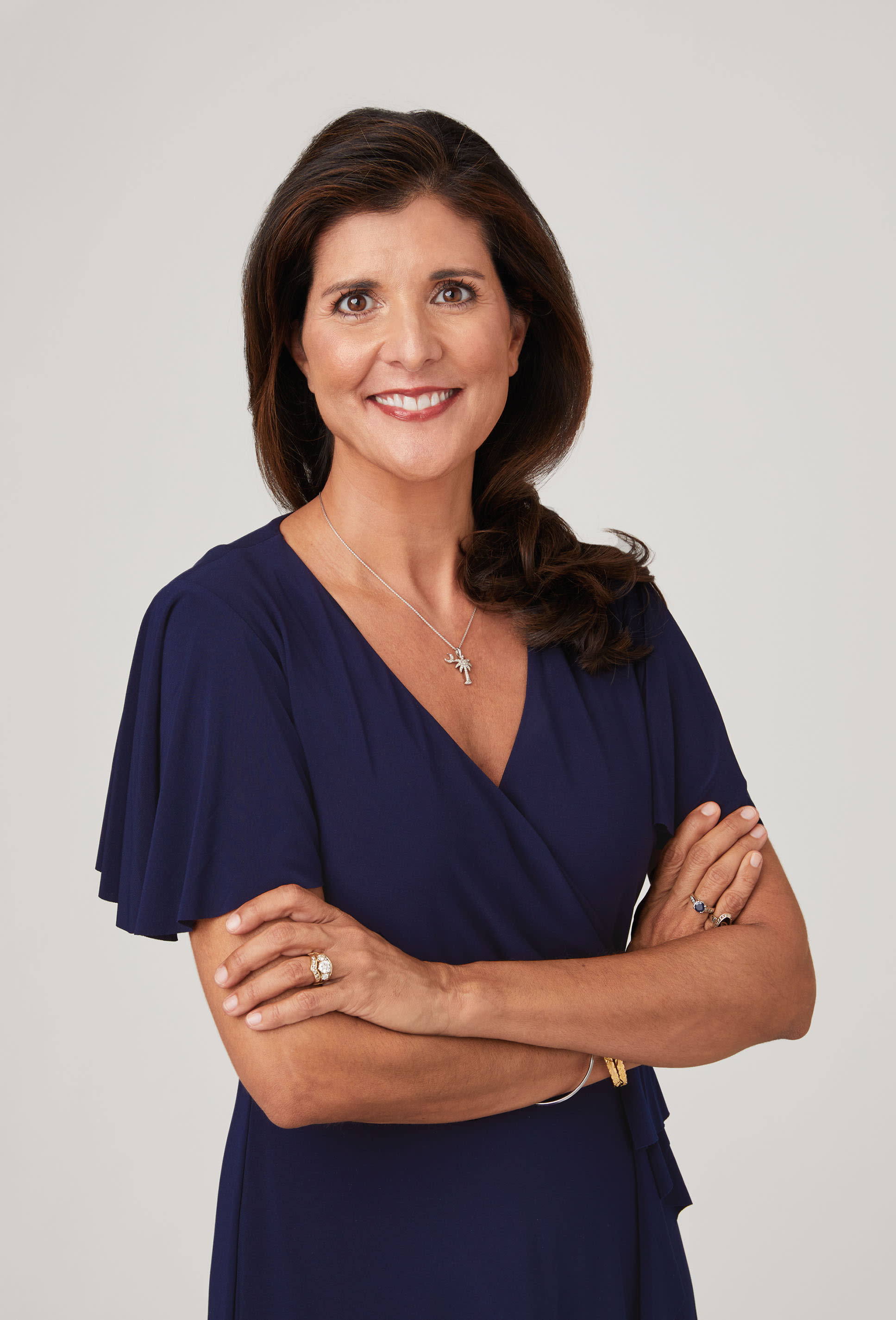 The Forum Club of the Palm Beaches will present former U.S. Ambassador to the United Nations and former Governor of South Carolina Nikki R. Haley on Thursday, October 6, at Noon at the Kravis Center for the Performing Arts.

During Governor Haley’s tenure, South Carolina was a national leader in economic development. Known as the “Beast of the Southeast,” the state’s unemployment rate hit a 15-year low, it saw over $20 billion in new capital investment, and her administration announced new jobs in every county in the state.

In 2013, her husband Michael, a combat veteran, was deployed to Afghanistan making her the first governor in U.S. history to have their spouse deployed while in office.

The people of South Carolina decisively re-elected her in 2014. Two years later, TIME magazine named her one of the 100 most influential people in the world.

In 2016, President Donald Trump nominated her as the U.S. Ambassador to the United Nations. In that role, she served as a member of the President’s Cabinet and on the National Security Council.

As ambassador, she ensured the American people saw value for their investment, defended U.S. interests, kept our country safe, and championed human rights. For her work at the United Nations, Forbes named her one of the world’s 100 most powerful women.

Copies of Haley’s book, If You Want Something Done..., are available for purchase on the Forum Club’s website, as well as at the event.